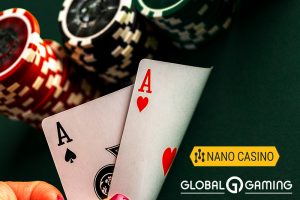 Global Gaming returned to Sweden nearly two months after its local license was revoked for serious deficiencies in its anti-money laundering and KYC practices.

The two companies launched NanoCasino.com to mark Global Gaming’s indirect return to the Swedish gambling market, which was reorganized early this year to make it possible for international companies to obtain licenses from the local regulator, Spelinspektionen, and operate in a regulated environment.

Under the terms of the partnership between Global Gaming and Finnplay, NanoCasino is managed by a subsidiary of the gambling provider. Viral Interactive Limited is the holder of a commercial online gaming license from the Swedish Gambling Authority to operate the newly launched casino.

NanoCasino is powered by Finnplay’s gambling technology platform. Aside from Sweden, the platform is also licensed or certified in a number of other markets, including the UK, Malta, Romania, Bulgaria, Hungary Denmark, Estonia, and Mexico.

A Safe and Secure Online Casino
Commenting on today’s launch of the new operation, Global Gaming CEO Tobias Fagerlund said that he hopes and has a reason to believe that Swedish players will find the casino enjoyable and that Nano Casino is a safe and secure online casino that “focuses on entertainment and the pleasure of gaming.”

Mr. Fagerlund, who was previously appointed as interim CEO of global gaming, was recently promoted to assume the role permanently. The executive further said today that they “feel very confident that our high standards for a casino product are met by NanoCasino.com.”

Finnplay’s CEO, Martin Prantner, added that they are looking forward to benefiting from Global Gaming’s marketing expertise and resources and that as a Nordic platform provider, Sweden is a domestic market for his company and as such, they are “committed to upholding the strict standards of the regulation.”

In a press release from earlier today, the two companies said that NanoCasino is the first product of their collaboration which suggests that they plan to join forces for more online gambling projects.

As mentioned earlier, Global Gaming had its Swedish license revoked in June over major KYC and anti-money laundering failures. Last month, the Swedish Administrative Court of Appeal rejected the gambling operator’s bid to be allowed to resume its Swedish operations, while Spelinspektionen’s decision to revoke its license is under review. The court ruled that Spelinspektionen was right to order Global Gaming to discontinue its operations.