Italian gambling company Newgioco Group, Inc. has revealed plans to expand across its domestic market and to tap into the recently liberalized US sports betting market. 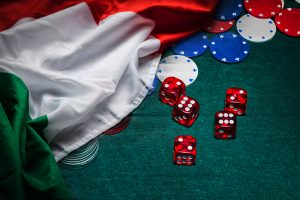 The group’s operations extend into both the B2B and B2C gambling sectors. Italy has been its   primary focus, but last year’s strikedown of a long-standing ban on the sports betting in the US created numerous opportunities the company wants to try to explore.

In a statement from earlier today, Newgioco said that it plans to further strengthen its domestic foothold in Italy through “some tactical acquisitions.” The deals will be anticipated to fuel the group’s growth in Italy’s lucrative retail gambling market.

Currently, Newgioco’s Italian business is the main driver of growth and source of revenue for the gambling group. And the company believes that now is the right time for it to use the experience gained in its domestic market and to explore other jurisdictions.

Last month, Newgioco announced an important milestone in Italy. The company said that its distribution network has reached 2,010 webshop locations around the country during the second quarter of the year.

Newgioco said today that it has now set sights on the US sports betting market and will look to explore the opportunities it offers.

A number of states have legalized sports gambling in the year after the landmark US Supreme Court ruling from May 2018 and Newgioco is determined to find partners in those states and enter them. The US sports betting market is only poised to grow as new states are expected to go live with the practice in the months and years to come. 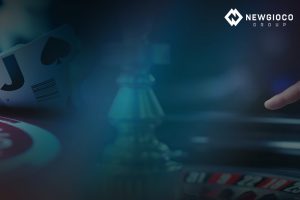 Newgioco said that its decision to move to expanding into the US market is a timely one and that the expansion will be carried out through participation in competitive tenders around the nation.

The gambling group further revealed that it will publish a demo betting app customized for the US betting space. The app is expected to go live soon through Newgioco’s partnerships in Montana.

It emerged earlier this year that the company has joined forces with Chippewa Cree Tribe in Box Elder, Montana. The partnership will see the tribe go live with Newgioco’s ELYS proprietary sports betting platform at its Northern Winz Casino.

The casino’s General Manager Raymond Parker said that they have selected Newgioco as their preferred sports betting partner after exploring several platform providers.

The gambling group’s push to expand beyond Italy represent an important part of its growth strategy to derive at least 40% of its revenue from non-Italian operations by next year.

Commenting on their expansion plans, Newgioco CEO and Director Michele Ciavarella said that standardizing rules for leisure sports betting and online gambling in the US will take a few more years and that they believe “its a marathon and not a sprint.” The executive added that while Newgioco may take time to establish itself in the US market, “it will surely become one of the leaders.”